A long flight and you have more than 4 hours layover in Istanbul ? Al’s Taxi layover tour is for you ! Quit the departure lounge of Istanbul Airport and let’s go for an Istanbul highlights tour !

We will meet with you at the arrival and let’s go for a magic ride in Istanbul ! Byzantine Hippodrome, Blue Mosque, Hagia Sophia, Basilica Cistern, Grand Bazaar, Spice Market, Topkapı Palace and maybe a Bosphorus boat tour…

Depending on your total time available, we can stop for a typical Turkish breakfast in a local restaurant or a turkish coffee enjoying the Bosphorus view.

We will let you some free time to “feel” the city, and pick you up for the other monuments ! At the end of our tour, we will drop you off to the airport with enough time left to make your boarding in a complete peace of mind. 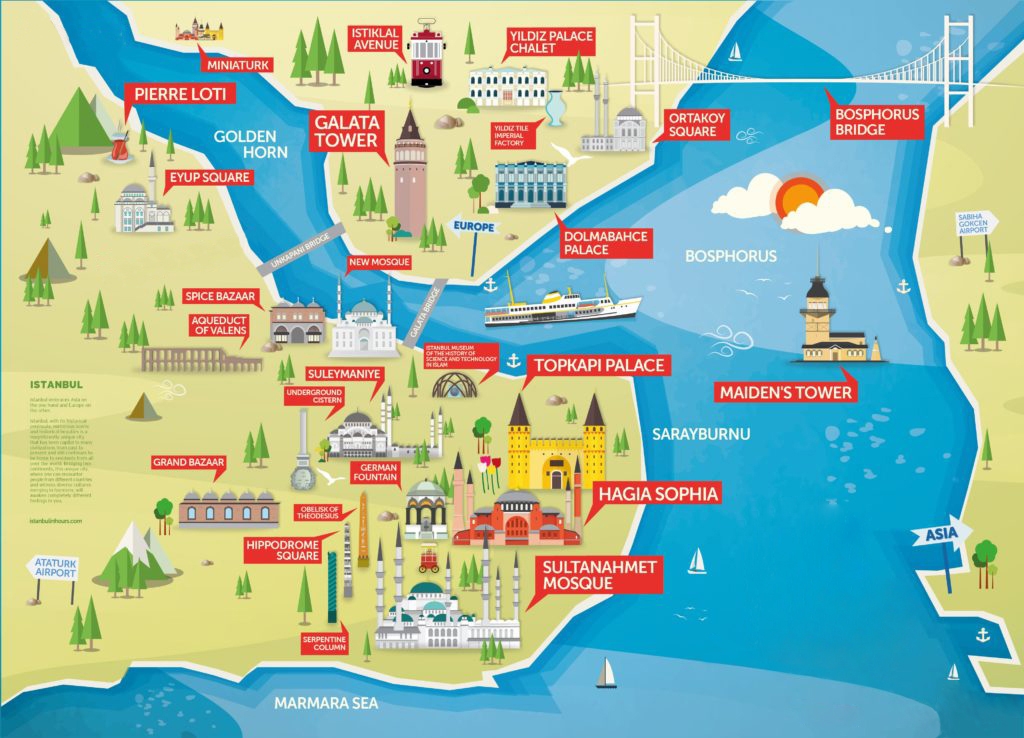 Founded as Byzantium in 660 BC by the Greeks, renamed as Constantinople by Eastern Roman Empire and finally conquered by Ottoman Empire, today’s Istanbul was one of the most important cities in history.  With the influence of so many different cultures, Istanbul offers to its visitors a broad range of remarkable sight-seeing opportunities.

Although our Istanbul layover tour has a template itinerary we set the actual tour program together with you by taking into account your preferences.

Some of the “must to see” places in Istanbul layover tour are as follows. 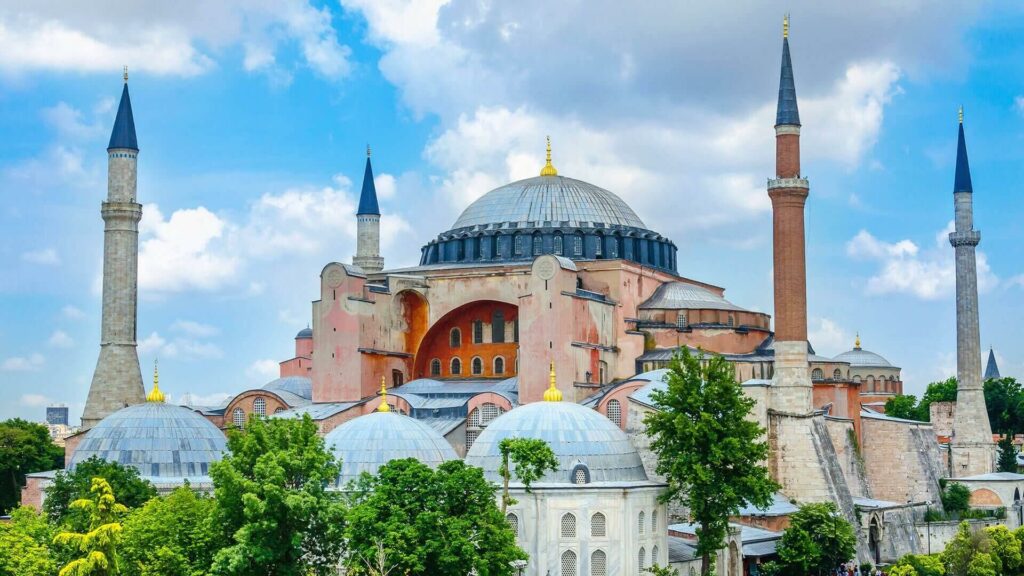 Built in AD 360 as a Greek Orthodox  cathedral, later converted to an Ottoman imperial mosque and now a museum Hagia Sophia is considered the paramount of Byzantine architecture.

Today, Hagia Sophia is on the top of must to see places for tourists that visit Istanbul.

The building that holds the record of being the biggest cathedral on earthy for 1.000 years until the construction of Seville Cathedral (Italy), is visited  by more than 3 million tourists every year.

A gigantic dome, fascinating mosaics and marble columns are some of the outstanding features of the building. 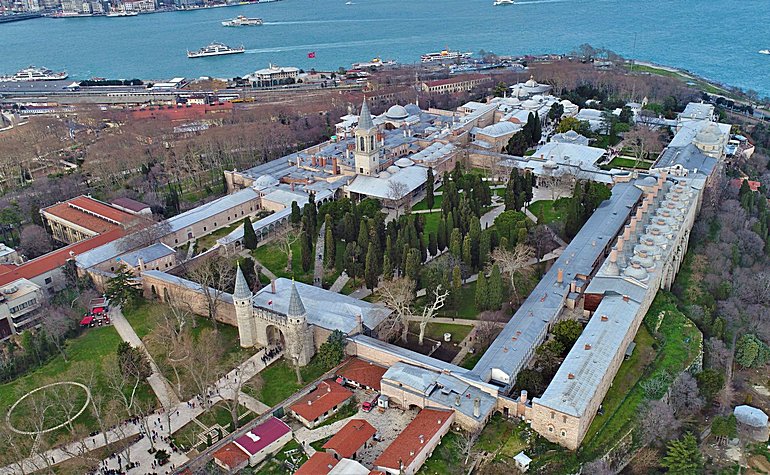 Constructed after the conquest of Constantinople Topkapı Palace was the imperial palace of Ottoman dynasty from 15th to 17th century. In 1924 the palace is transformed to a museum by Turkish government.

Although the palace has numerous rooms and chambers only the most important ones are accessible to public today. Accessible areas are used for the exhibition purposes of  the collections that reflect the life style of the Ottoman dynasty. Prominent collections of the museum are ottoman clothing, weapons, armors, Chinese porcelains and religious relics.

Ottoman imperial harem that is located inside the palace is another reason that Topkapı Palace is famous for. That section was home to sultan’s mother, concubines, wives and children of the sultan. With more than 100 rooms imperial harem makes the visitors feel the private life of sultan’s family. 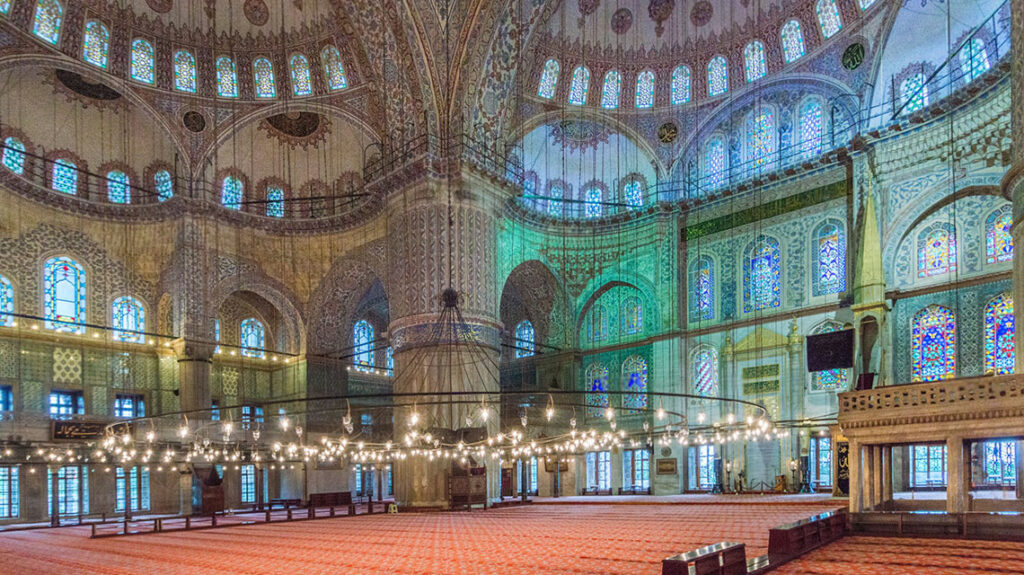 Constructed in the early 17th century, Blue Mosque (Sultan Ahmet Mosque) is another popular tourist destination that has to be seen.

The distinguishing feature of the Blue Mosque is the interior that is lined with more than 20.000 handmade tiles. In addition to the tiles, the structure has more than 200 stained glass windows and calligraphy art works. 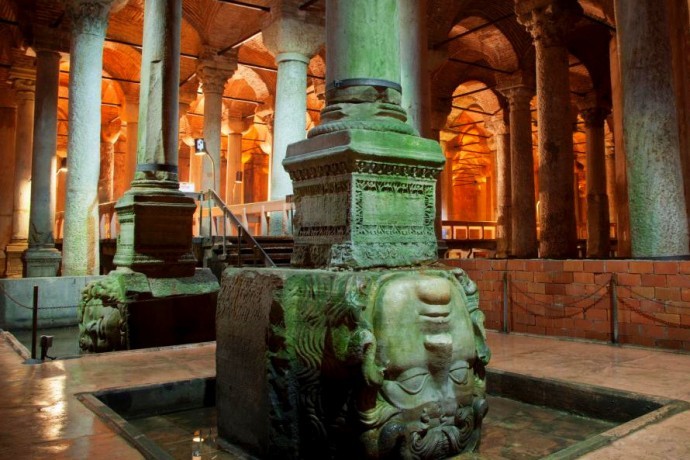 One of the magnificent ancient buildings of İstanbul is the Basilica Cistern. Constructed at the era of Byzantium Empire, this big underground water reservoir is 140 m long, and 70 m wide, and covers a rectangular area of 9.800 sqm. The Cistern shelters 336 columns reflecting Corinthian and the Dorian styles. The cistern has an estimated water storage capacity of 100,000 tons.

Two Medusa heads, which are used as supports under the two columns are considered as great work of art from the Roman period. The structure from which the Medusa heads have been taken is unknown. That leads to many myths about the origin of the heads of Medusa. 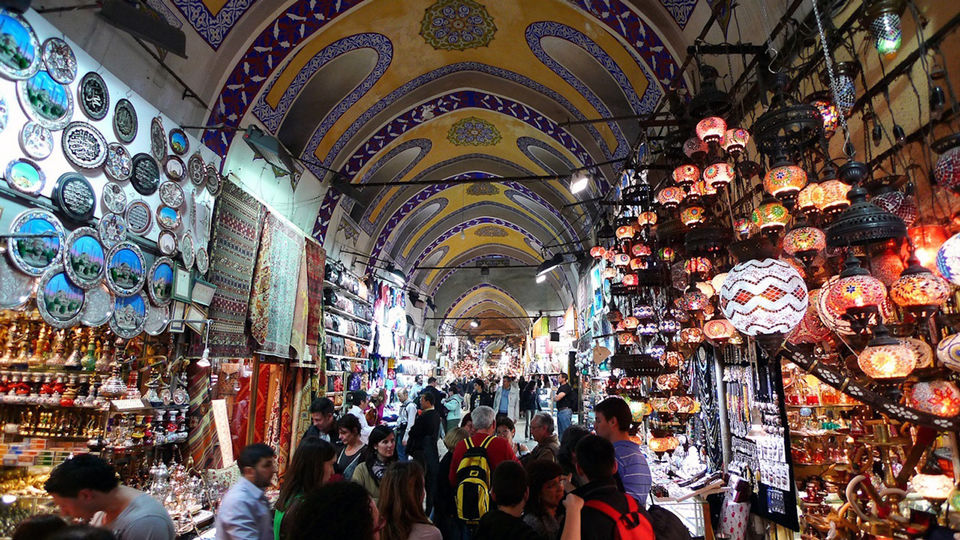 With more than 4.000 shops and 30.000 sqm area,  Grand Bazaar in Istanbul is one of the largest and oldest covered markets of the world. Grand Bazaar is visited by more than 250.000 visitors daily.

Souvenirs, leather goods, jewelry and carpets are the main items that can be found in the shops.